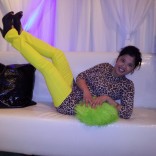 Cynthia Newdel knows the ins and outs of entertainment and…

In lieu of the election year its no surprise that there’s gag presidential gifts or knick knacks out there. Enter www.politicalpoopers.com .  They are plastic wind-up toys of Republican Candidate Mitt Romney and Presidential Incumbent Barack Obama.

The toys come with candy treats that are the patriotic colors of red, white and blue. What you do is open a secret hatch on the back of their head, fill with candy, wind them up and watch them leave a trail of candy poop wherever they waddle.. It’s touted as the many must haves collector’s items for the 2012 presidential race to the White House.. or in this case the Outhouse.. get it.. (DON’T FORGET TO VOTE NOVEMBER 6) 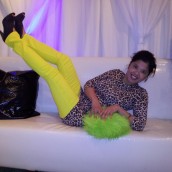 Cynthia Newdel knows the ins and outs of entertainment and business news. After all, she has been in the television industry for over 20 years. Ms. Newdel has been in Las Vegas since 2004 and is the Associate Producer/Guest Booker for MORE & MORE Access at FOX5 KVVU-TV. Prior to that, she was at FOX News Channel for 6 years where she was Senior Booker for Neil Cavuto. Cynthia has booked a bevy of guests â€“ everyone from Don King to Larry King. She is also partner of The Cynthia Daniel Company in Las Vegas. The firm specializes in media training, coaching, public speaking and video production.

OOTD: A Little bit of Glitter, Mixed with Rock and Roll

FabFitFun…Finally A Subscription Box you will want