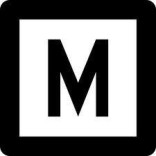 At Curvy Magazine, the aim is the bridge the gap between myth and reality about beauty and body image. Likewise, the sound of music. It’s a myth that R&B has lost its soul. Over 40 songs written and 7 albums produced, Detroit’s own L’Renee offers soul and style.

Born and raised in Detroit, she represents while touring with Universal Motown recording artist Kem, and sharing stages with Dwele, Ledisi, and Anthony Hamilton. After attending Renaissance, she attended Kentucky State University and studied architecture. Steadfast in her interest, she was guided back to her passion. In 2004, a friend presented an opportunity to perform at a neo-soul event in Ohio. Immediately following, requests for an album confirmed she was on the right path. Recently she’s re-launched Europe and shares with Curvy the realities of music, marriage and mentoring young girls:

Let’s get to the ‘musique’… what was your early inspiration? A song, artist, or experience that triggered your passion in music? My first ‘Ah ha’ moment was at age six. At school, we performed The Wiz. I just knew I was Diana Ross! I sang “Reach Out And Touch Somebody’s Hand”. I got a scholarship [for singing]–but I studied architecture in college.

You re-launched Europe. Why did you choose that album? I’ve changed since I first started. My sound and lyrics have evolved. Like with Mary J. Blige, I wasn’t into her early sound. As she put more of [herself] in her songs, I grew to appreciate her music. Europe was the last album [and after it sold out], it seemed like a good choice. Why call it Europe? I’d like for my music to take me to Europe. I want to be the first [black] woman from Detroit to get a Grammy.

Listening to Europe, you definitely hear jazzy–soul. Describe your sound. It’s Hip Hop and R&B. I heard you ‘scatting’. (laughs) It is jazzy, but it’s upbeat too. I’ve thought of myself as having an old soul. I’d listen to Natalie Cole and Stevie Wonder. You’re an alto right? Yes, but I have a broad range. I’ve been [compared] to Chaka Khan–either because I sound like her or I sing some of her songs.

Is there a song on Europe that relates to your current feeling or situation? “Beautiful Day”. It was then and still is. Aww, married life. (smiles) Yes, I’m married to 87 [Nicholas Alexander]. He was apart of the breakfast club, and he wrote and was featured on a few of the songs (Europe).

Seems like all of these ‘how to’ guides (by men, for women) suggest we should be appealing like video vixens, cook like mothers, be wise like grandmothers, and be freaky like Pinky. What do you–a married woman–have to say about relationships? It’s important that you’re friends first. There’ll be highs and lows. There’s a lot of highs in the beginning as you’re getting to know someone. [Often times] when it comes down, [women] think they’re not in love anymore. But you‘ve gotten to the best part. You’ve reached a mature level with your man.

You consider yourself a curvy girl? Yes I do. After hearing “Addiction (Material World)”, I thought about women pursuing music. Do you think size impacts women in the industry? It might, but it hasn’t affected me. I am thankful for my fans and Curvy for taking an interest in my music. I don’t concern myself with opportunities that may have been for me, or I might have missed. There’s other things I can focus on instead of what [isn’t meant for] me. What I can say is remain humble and honest.

Before you go, a couple random questions… (laughs) That’s fine. Any fashion favorites? I’m into scarves and buttons right now. Buttons? Yes! Even with my hair, I chose [an auburn] color for the fall. Guess I was on point because when I looked in a fashion magazine, I saw my color. I’m getting better! Do you participate in Halloween? Yes! I’m a big kid. Last year, I was a fairy but I don’t know what I’m going do this year.

Well you have time, it’s the end of next month. But you’ll be busy for all of October. I’ll be performing solo in Detroit on the 5th and 21st, and in Chicago on the 25th. A free download of Europe is on my website. I’m also working on my next release Glow. “As an entrepreneur, sometimes, you go through different transitions… I’m [at] a point where things are really coming into fruition”. The album is going to be a feel good one, to empower women in their [efforts].

Not only women, but you inspire young girls. How are things going with GirlPOWer? Well. We’ve just finished our first year mentorship. I encourage girls to be themselves through creative arts, and know how to work together. This Saturday, with Gehazi Collection, there’ll be a jewelry workshop at the Michigan Artisan.

How can we stay in touch with you, your music, and/or young girls program? On Twitter (@lreneedetroit) and Facebook; or you can visit my website at www.lrenee.net. 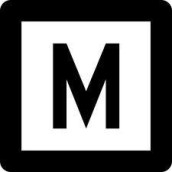 Why is Being the BEST Not Good Enough, The Taylor Townsend Story

The Three P’s in Love & Business