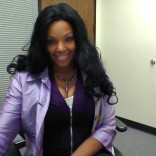 The pretty and voluptuous British singer Adele, whose sophomore CD “21” has been the break through hit of the year is the cover model for Vogue UK due out next Thursday on newsstands in the UK.

She is the portrait of old fashioned glamour on her cover. Her face is very beautiful, porcelain skin with her large almond eyes, full pouty lips and almost unbelievably perfect straight upturned nose. At 23 ,she looks older not because she has any signs of age but because you see the honesty that makes her voice and her music touch everyone that hears it writ large in those amazing clear grey eyes .
I love Adele, I fell in love with the amazing singer at 19 when she released “19”, with the song “Hometown Glory”, with one listen I was hooked and bought her whole CD that day. Her latest has made her a superstar; you can barely turn on the TV without hearing some show having sampled a bit of her mega hits “Set Fire to the Rain “ or “Rolling in the Deep” for a promo. The fact that she is so young , so soulful and amazing seems often overshadowed , in print at least, by the fact that she is plus sized. When she graced the cover of Teen Vogue 2 years ago there was a controversy over the photoshopped pictures making her appear thinner. In the article new article she talks about the talks the changes in her life, the music that she loves and weight, of course. She also has a full spread in the magazine , further proving that she is as filled to the brim with sexiness and glamour as she is talent and heart . 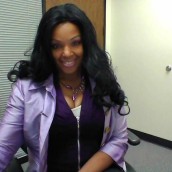 Fall Fashion and Finds at Fashion To Figure

See it. Stream it. Chromecast