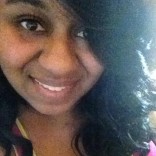 We’ve all done it ladies; sat and tried to figure out how a man’s mind works.  Not an easy thing.  Luckily for us, there is a small beam of hope available. Janine Driver, body language expert and author of You Say More Than You Think, took the time to talk to Cosmo about what that elusive body language may mean for us.  Here’s what she shared:

The move: He crosses his arms while you’re talking.

What people think it means: He’s disinterested or hostile.

What it really means: He’s problem solving. Folding your arms across your body requires you to use both sides of your brain, explains Driver, so this gesture signals that you’re engaged and thinking analytically about what’s being said. A dude that gets in this stance when you’re talking is actually more likely to not only be paying attention to you, but also to be open to what you’re saying. Therefore, his doing it when you’re say, talking about plans for this weekend, shouldn’t be interpreted as, Ugh, I want this conversation to be over. In fact, a study found that when people cross their arms, they stay on task 30 percent longer.

The move: He leans forward.

What people think it means: He’s into you.

What it really means: Sure, this is normally a sign that a guy is feeling you, but Driver spilled that so many people know about this one that it’s not a good indication. Why? Everyone and their mother has heard that on a date they should lean in to look interested. But the real way to suss out if a dude likes you is to look at his elbows. If they’re on his knees or on the table in front of him, chances are he likes you. And if he’s leaning forward, but his elbows are pressed against his sides, he may not be into you.

The move: He touches his nose

THE LANGUAGE OF LOVE

What it really means: While a fibber does sometimes touch his nose, it’s more common for a guy to do this when he’s stressed, says Driver. So pay attention to what he’s talking about while he does it. If he’s telling you about a fight with a bro-friend or an upcoming meeting at work and is acting nonchalant about it while at the same time scratching the tip of his nose, his actions are telling you what his words don’t—that despite what he says, inside he’s feeling anxious or overwhelmed. (Note: One study found that men also touch their noses when they’re turned on. So if he’s doing this in the bedroom, take it as a cue that he’s looking to get you naked.)

The move: He puts his thumb under his chin and his pointer finger above the top of his lips.

What it really means: Yeah, this is a classic “I’m deep in thought” pose, but Driver told us that when men place a finger in the area between their lips and nose, what he’s really thinking is, “I don’t care/am not on board with what you have to say, but I’m going to keep my mouth shut.” So, if you notice him doing “mustache finger”, there’s a good possibility that he disagrees with you, but isn’t going to speak up. Consider tweaking your tone so he feels comfortable weighing in on whatever the topic is. 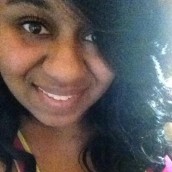