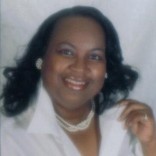 Valerie Davis is an Award Winning Poet who discovered at…

Hit or Miss: Toccara Jones at the 2011 Hoodie Awards

Ladies, do you think that you could ever have sex with one of your platonic friends? Have you at one time or another looked at some of your male friends and wondered what it would be like to kiss him, hold him and feel his hands exploring every inch of your body? I see you smiling, admit it, you’ve thought about it.

While many women may have thought about it just how many actually act upon it? I mean given the opportune moment would you let it go by and pass it up or would you throw up your hands and say “Might as well?” Some say that once you’ve taken that leap into the land of sex that you can never go back to the way it was. Feelings get involved, emotions are running high and you just never see each other the same way you once did.

Maybe the scenario would end differently if there was an upfront agreement in the very beginning from both parties involved that this was strictly going to be a “friends with benefits” relationship. Although this setup is questionable also because even though you have an agreement sometimes those emotions can just creep up on you and feelings change. You may find yourself wanting more of a commitment from your partner. Jealousy begins to rear its ugly head when you see him flirting with or perhaps even dating other women. What’s a woman to do? You went into the situation with your eyes wide open. But you keep hope alive thinking maybe, just maybe, he now has the same feelings for you that you are having for him.

Now you’re in an uncomfortable state of mind. You’re torn as what you should do with these new found feelings. If you approach him and tell him how you’re now feeling and he feels the same way then all is well and good. But if he doesn’t reciprocate those feelings then you’ve placed him in an awkward position. You may even scare him off. If he’s not feeling you and you ask him if you can just be friends without the sex how is that going to go over with him? He may tell you it’s all or nothing. You knew the rules and he’s just not willing to change the game plan. He’s perfectly happy the way things are. Of course you could always continue going through the motions just to keep him in your life in hopes that one day, someday, maybe he will develop feelings for you and want to be in a committed relationship. But what are the odds of that happening and are you willing to take that chance and waste months even years of your life waiting for what may be an impossible dream?

Girl, Deal With Your Daddy Issues!

The bottom line is that it depends on the two people involved. Some personalities are made for these types of arrangements; while others may “think” that they can

handle it but find out (often too late) that they are true romantics at heart and want to have their partner all to themselves.

Val’s Voice
*If you want your voice to be heard just pick up the Microphone and “Let’s talk about it.” 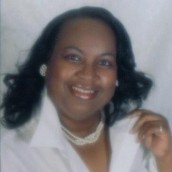 Valerie Davis is an Award Winning Poet who discovered at an early age that writing was her true passion. St. Louis, Mo. is her hometown and where she avidly studied creative writing at the Creative Arts and Expression Laboratory (C.A.E.L.) with Shirley LeFlore.Valerie now resides in Tampa, FL. and is currently writing her first novel.

(PHOTOS) Carnie Wilson at the 2011 VH1 Do Something Awards

How Many Sexual Partners is Too Many?

The Top 3 Things Guys Hate That You Do In Bed