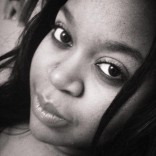 " A dream is just a dream til you grab…

It doesn’t happen in the movies,  but yes the fat girl finally does make the prep squad. It all started the moment I walked into that gym. I immediately felt all eyes were on me not because I drew attention to myself but because I was the “big girl” I even remember one of the girls asking if I was a dancer or a cheerleader.  As the auditions went on I started to shake because I was becoming more and more nervous.

It was my turn, I stood up and hit play and as that Beyoncé song started , I let go and gave them all I had. I received a round of applause and a request to do it a second time. Later that night I received

the call that I had made the team! I was so excited that they looked at my talent rather than my size.  Growing up I took a lot of dance classes but never did any cheerleading on a level like this.  I wanted to challenge myself and try something new and get some exercise out of it at the same time. The cheerleading world normally is very athletic built women or men that tumble and jump around with long wavy hair and perfect complexions.

Toy Love: The Vr7 by JOPEN

No matter what athletic event that you attend they are there. My personal experience was not on the professional level but semi pro. The semi pro football world is very interesting. Long story short they are right under the NFL, some semi-pro players are former players and sometimes go onto be NFL players.  As for the Cheerleaders, it was the most fun I have had since being in Colorguard in high school. The fans, the lights, the excitement, it would make you feel like you are in a different world.  As for being a Curvy cheerleader, made it VERY interesting the fans loved us. Although sometimes I had my moments where I felt everyone was looking at my gut , or were pointing at me I didn’t care because I was out there doing what I love , and no one could steal my joy. So I end it with this, if you have a dream or goal go for it because you never know where it can take you or do for you.

PS I am the curviest one  😉 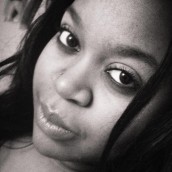