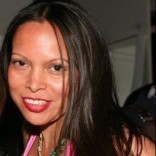 Rolise Rachel was born in Southampton N.Y. where her mother's…

Glamour’s first “Plus sized issue” just hit the stands this month. It included Melissa McCarthy, Adele, and Ashley Graham. These are plus sized icons. They also included comedian  Amy Schumer and she is not. She fluctuates between a 6 and an 8. In the U.S., plus sizes start at 12. Glamour missed the mark. What they didn’t realize is Schumer is CURVY. She is an extremely funny woman who exudes curvitude. It’s just that simple. In 2015, Schumer was named one of Time Magazine’s 100 most influential people. So, Glamour’s glitch didn’t go unnoticed. Schumer responded via Instagram and Twitter.

I think there’s nothing wrong with being plus size. Beautiful healthy women. Plus size is considered size 16 in America. I go between a size 6 and an 8. @glamourmag put me in their plus size only issue without asking or letting me know and it doesn’t feel right to me. Young girls seeing my body type thinking that is plus size? What are your thoughts? Mine are not cool glamour not glamourous

I think there’s nothing wrong with being plus size. Beautiful healthy women. Plus size is considered size 16 in America. I go between a size 6 and an 8. @glamourmag put me in their plus size only issue without asking or letting me know and it doesn’t feel right to me. Young girls seeing my body type thinking that is plus size? What are your thoughts? Mine is not cool glamour not glamorous

Glamour is living in the past without realizing it. They haven’t grasped this use of the word Curvy and the concept that exemplifies a sub-culture, which many consider a normal body type. Sub-culture? Yes. I’ve experienced it myself. The public only knows the larger names. There are many up and coming models or personalities who only the Curvy World knows about. There are curvy fashion shows, where everyone knows each other, there are Curvy events and of course there is Curvy Magazine. Yes, it’s a sub-culture. It’s a real thing. So my point is, Glamour doesn’t even know the Curvy world exists. If they did, it would have been mentioned.

“I’m certainly sorry that she didn’t like being named on the cover and I’m sorry that she wishes her piece hadn’t been included but I’m confident that the message of the issue, which is that there are great clothes out there for all of us, is one that will resonate with our readers,”

Life Sucks? Bump Up Your Vibe to Make the Law of Attraction Work for You

It’s a bit of an odd response. I consider it a bit childish, and again they missed the mark by saying sorry for the wrong issues. Schumer is not upset that she is in Glamour or mentioned on it’s cover, it’s which cover she is mentioned on. I’m not sure I would be able to come up with anything better, but I would have paid someone else to, if I couldn’t do it myself.

By the way, Curvy comes in all shapes and sizes. Jennifer Lopez at 5’5” at a size 10 is curvy, Kim Kardashian at 5’3” and who is a size 8 is Curvy. I would even put Beyonce at a size 4 and 5’7” as Curvy. I’ve been asked about the demographic of curvy. I stare blankly at the person standing in front of me. Curvy is the demographic. It transcends size, race, culture, creed and financial standing.

The curvy woman, is a modern woman, a woman who loves her curves, defines her curves and embraces them. Amy Schumer, I invite you to be on the cover of Curvy Magazine. I’d love to hear more. 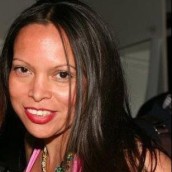 Rolise Rachel was born in Southampton N.Y. where her mother's family had summered for multi-generations. Rolise is half Hopi (American Indian) and Scottish. She was brought up by her Grandmother Isabel Stewart Geddie, an English Professor. She spent a lot of her childhood with Ellen Frankfort, a writer for the Village Voice. Frankfort was a feminist writer and is known for her controversial title "Vaginal Politics". Both women influenced Rachel with their strength, drive and linguistic skills. Rachel has written articles for International Magazine, Social Life Magazine and Curvy Magazine. She is known for the events that she produces in NYC and the Hamptons and the events she covers in the same. She is also known for her articles on Fashion and Travel. True to form, being a product of her upbringing, she continues to educate herself in the languages Hebrew and it's predecessor Phoenician. She also studies European and Ancient History in her spare time. She spends her time between NYC and the Hamptons.

Books, Bubblebaths and Bellini’s – The Three Best B’s To Unwind and Recharge

Keep Calm, Adele Goes Back into Studio for 3rd Album!